Radeon RX 6800 is not a mining beast - Europeanblockchainfederation.EU 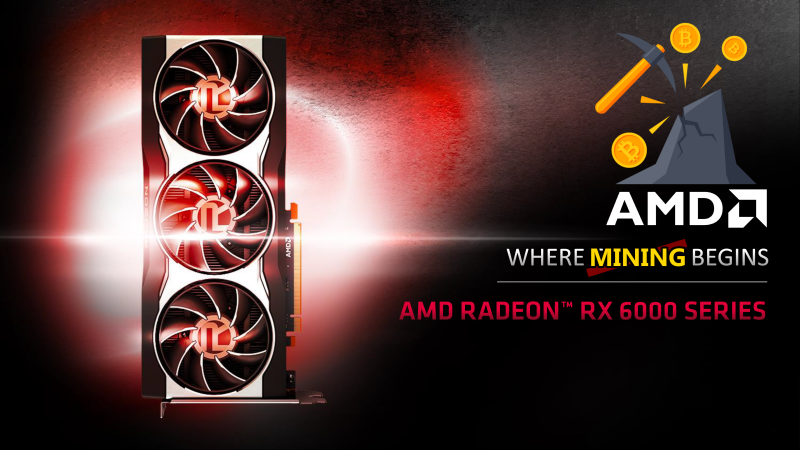 Gamers can be calmer

The situation with the performance of Radeon RX 6800 cards, of course, will be fully clarified only after independent tests appear, but in general everything is clear with it. But there are only rumors on the Internet about the mining capabilities of cards, and often very impressive .

No, Radeon RX 6800 does not show miracles in mining, which is good

For miners, this is, of course, good, but for gamers, such rumors cannot be called positive. However, it seems that these were just rumors without any background. According to Nicehash, the  RX 6800 will provide a hash rate of 50-70 MH / s. That is, in the worst case, the result will correspond to the Radeon RX 5700 XT, and in the best case, it will be 15-20 MH / s higher.

Вe remind you what PCGamer suggested two weeks ago:

The internet is alive with rumours of the cryptocurrency mining prowess of AMD’s new RDNA 2 architecture, as seen in the new Radeon RX 6800, 6800 XT and 6900 XT GPUs. According to a user on QQ, a snapchat-esque social media platform in China, the vanilla RX 6800 is fully 1.5 faster than Nvidia’s mighty GeForce RTX 3090.

If accurate, it would make the 6800 and by implication all AMD RDNA 2 cards dramatically more efficient for crypto mining than Nvidia’s Ampere GPUs. It would also imply a huge bun fight among miners competing to buy RDNA 2 cards and in turn inflated prices and run on availability. Not nice if you’re thinking about buying one of these gaming cards for, you know, gaming.

We have, after all, been there before back in 2017 and 2018 when the retail pricing of many graphics were twice the recommended prices thanks to mining demand. Indeed, mining is at least partly to blame for the way even the MSRP pricing of all GPUs has escalated over the past four or five years.